From the city of gods to the canals of Venice 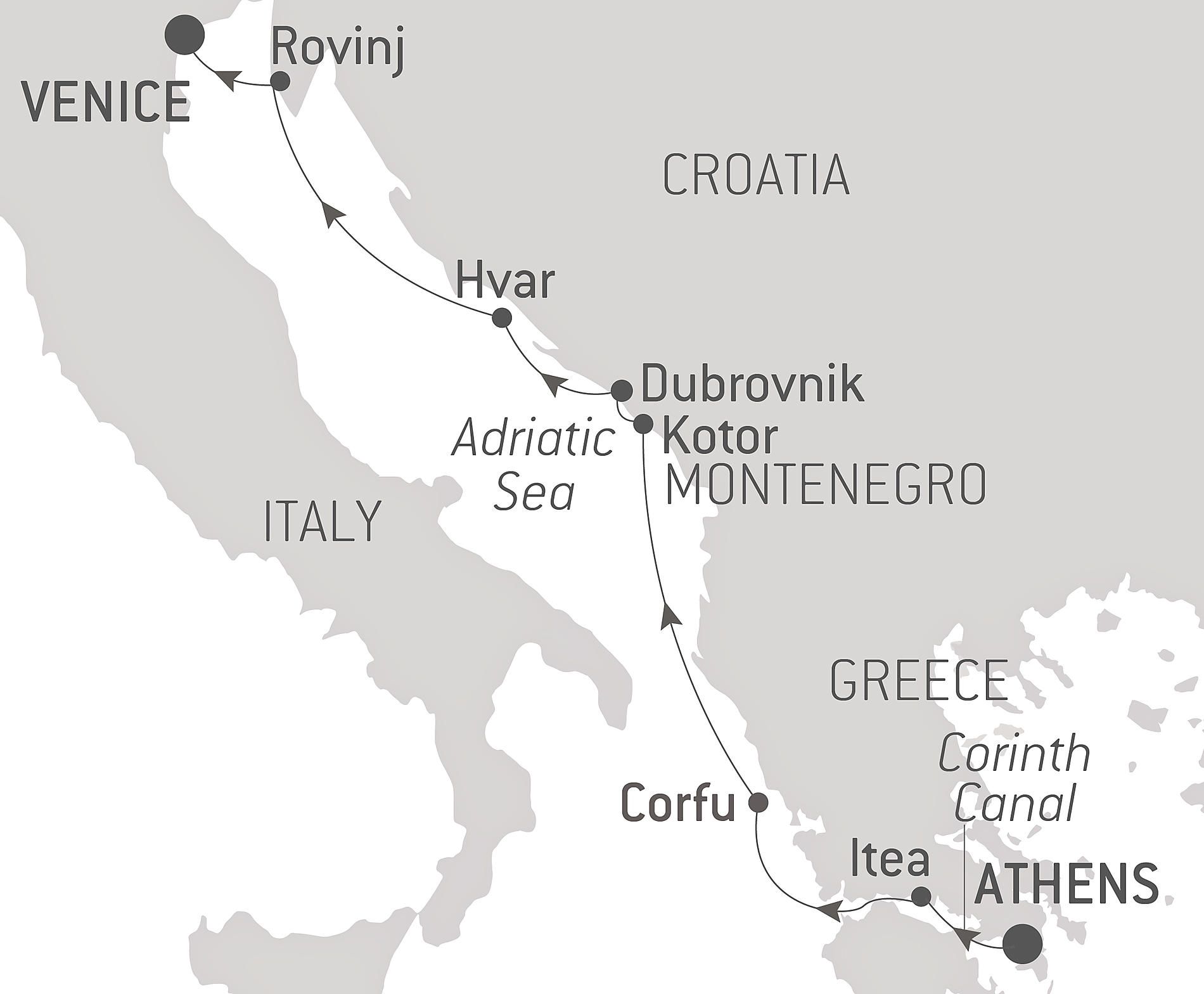 Set sail to discover the cultural and artistic jewels of the Aegean, Adriatic and Ionian Seas with PONANT. During this 8-day cruise, Le Lyrial will take you to Greece, Montenegro, Croatia and Italy.

From Athens, you will follow a memorable crossing of the Corinth Canal and call at Itea, not far from the marvellous Delphi archaeological site, on the slopes of Mount Parnassus.

Next Corfu, the most famous Ionian island, will reveal the hidden treasures of its Greco-Byzantine and Venetian architectural heritage. Do not miss the chance to visit the Achilleion, the luxurious neoclassical palace built for the Empress Sissi.

Le Lyrial will reach Montenegro after sailing in the Bay of Kotor, which is strangely reminiscent of Norwegian fjords. The city of Kotor nestles in a bay surrounded by wooded mountains. Its old town is listed as a UNESCO World Heritage Site due to its medieval architecture.

You will sail along the Croatian coast starting from Dubrovnik, the aptly named “Pearl of the Adriatic”, a UNESCO World Heritage site, before finishing your exploration of the Croatian coastlines with visits of Hvar and Rovinj.

As a grand finale, your voyage will draw to an end in Venice the Serenissima and its lagoon. Piazza San Marco, the Doge’s Palace, the Grand Canal and the palaces along the canals will be your last stops on an unforgettable cruise.

Prices, additional fees, itineraries, and availability of this product are subject to change at any time. Please contact us for more information.
If you are interested in an offer, please click on Contact Us . This will open a "Trip Request" that will allow you to send your request to us. We will be able to confirm availability and make further recommendations.
7 Nights. 8 Ports. 0 Additional Offer Dates.
Prices are per-person based on double occupancy, unless otherwise noted

Prices are per-person based on double occupancy, unless otherwise noted.